Last week it was announced that Workplace Manslaughter legislation was passed in Victoria and will come into effect in 2020. The exact date has not yet been declared; however it will be no later than 1st July 2020.

Workplace Manslaughter legislation means that employers whose negligent conduct directly results in the death of a worker, volunteer, member of the general public, or any other individual for which they have responsibility for under the WHS Act, may face criminal responsibility. This applies to the organisation as a whole and to individual officers who may have been directly responsible or negligent to a fatality.

In Victoria, the Workplace Manslaughter Legislation was passed by Legislative Council on the 26th November 2019. The legislation sets out maximum fines of 100,000 penalty units for Workplace Manslaughter. Equating to approximately $16.5M. In addition, company officers could face up to 20 year jail terms if found guilty of responsibility for a workplace fatality.

Workplace Manslaughter Legislation in other territories:

New South Wales – In November 2019, a bill was proposed to NSW parliament to amend the WHS Act. This amendment proposes to emphasis in the WHS Act that gross negligence resulting in a workplace fatality may be prosecuted as manslaughter under the NSW Crimes Act. This approach varies from that of the other states who have chosen to add Workplace Manslaughter as an offence under the WHS Act.

Northern Territory – Legislation has been introduced in November 2019 with maximum penalties of life imprisonment for individuals and 65,000 penalty units for organisations (equating to more than $10.2M)

Queensland – Workplace manslaughter legislation was passed by QLD parliament in October 2017. The first prosecution under this legislation commenced in October 2019 against Brisbane Auto Recycling and two of the company’s officers. The case was first heard on the 1st November 2019, no ruling has yet been delivered. 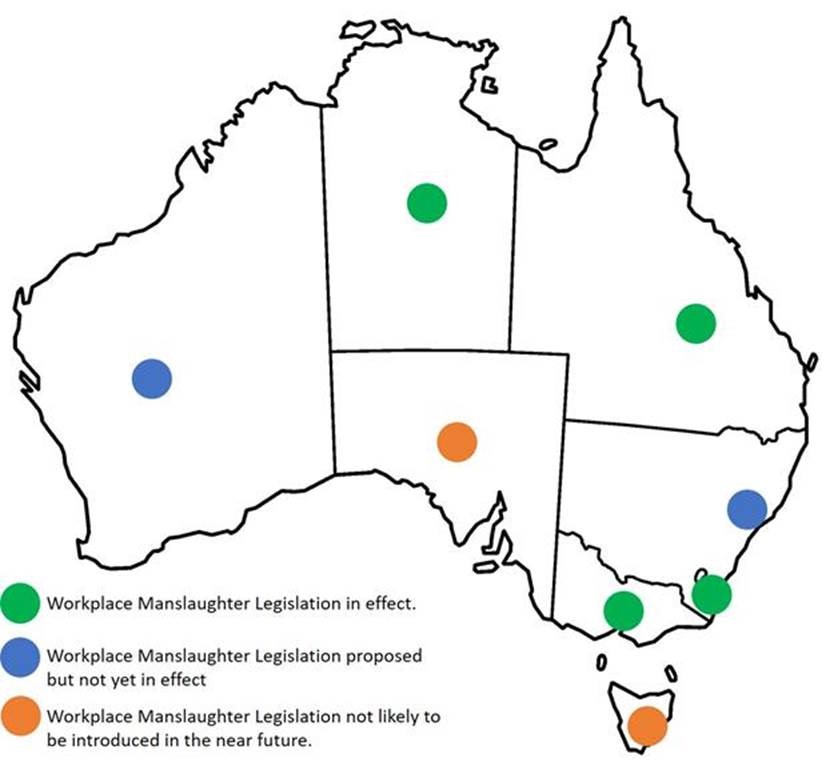 This court case is a reminder of the importance of regular maintenance according to the relevant Aus...